The Board of Directors is committed to achieving and maintaining high standards of corporate governance principles and processes in managing the Group’s business and affairs to enhance long-term share value and business performance. 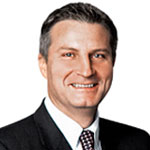 Mr Dan Broström has been with the Group since 2011. He was appointed as an Executive Director on 11 January 2013 and re-elected to the Board on 26 April 2019. He is currently the Executive Chairman of the Board and a member of the Remuneration and Audit Committees.

Prior to joining the Company, Mr Broström was a senior partner at MVI Holdings Ltd between 1993 and 2005, where as a consultant, he assisted Swedish companies in setting up businesses in Singapore through fundraising activities and sourcing for suitable business partners. From 1990 to 1993, Mr Broström was the chief executive officer at Hufvudstaden UK Ltd, a real estate company. Before Hufvudstaden UK Ltd, Mr Broström worked in the shipping industry, where he was based in London and held the position of chief executive officer of Brostrom UK Ltd for the period from 1980 to 1987.

Dr Lidgren and his brother, Mr Hans Lidgren, have since the 1980s, utilised satellite altimeter data in oil exploration activities which enabled major oil and gas findings. A founder of Rex International Holding, Dr Lidgren represents the interests of Limea Ltd on the Company’s Board of Directors.

Mr Muhammad Sameer Yousuf Khan was appointed as an Independent Non-Executive Director on 26 June 2013 and re-elected to the Board on 28 April 2017. He is Chairman of the Audit Committee and a member of the Nominating and Remuneration Committees.

Mr Khan has more than 40 years of experience in the fields of accounting, business and financial advisory. He began his career in 1972 at Ernst & Young’s London office. Subsequently in 1983, he joined Drydocks World Group, a large maritime group based in the Middle East.

Mr Sin joined Drew & Napier LLC in 1992. He was the Deputy Managing Director of Drew & Napier’s Corporate and Finance Department and the Co-head of the Capital Markets Practice before he retired to be a consultant with the firm in March 2018.

Mr Sin was a Member of Parliament for Tampines GRC from 1996 to 2011. In appreciation of his valuable public services rendered to the Ministry of Home Affairs, Mr Sin was conferred the Singapore National Day Award - “The Public Service Star (Bintang Bakti Masyarakat)” in 2018 and “The Public Service Medal (Pingat Bakti Masyarakat)” in 2013 by the President of Singapore. Additionally, in recognition of his constant support and contributions to the Labour Movement, Mr Sin received the NTUC May Day Award – “Distinguished Service Award” in 2018, “Meritorious Service Award” in 2013 and “Friends of Labour Award” in 2003.

Dr Christopher Atkinson was appointed as an Independent Non-Executive Director on 6 January 2015 and was re-elected to the Board on 27 April 2018. He is a member of the Group’s Technical Review Committee.

Dr Christopher Atkinson is a professional geologist with over 30 years of experience in the upstream oil and gas sector. He is currently the founder and director of Worldwide Petroleum Services Pte Ltd and a director of Sonoro Energy Limited. Prior to this, Dr Atkinson was a founding investor in several exploration and production start-up ventures in Southeast Asia, the UK and Canada. He has also worked for Shell International Petroleum Company and was a 15-year career veteran with the Atlantic Richfield Company (ARCO), where his last held position was Vice President of Exploration, Europe/North Africa.

Dr Atkinson holds a PhD in Geology and a BSc (Hons) Geology (1st Class) from the University of Wales, Swansea. He has been a Fellow of the Geological Society of London since 1996 and is a Life Member of the Petroleum Exploration Society of Southeast Asia, where he served as President from 2002 to 2003.